Our Board is comprised of eight dedicated individuals who are committed to pioneering the QUAIL vision with the help and support of our integral community. 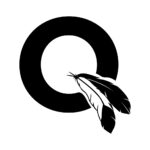 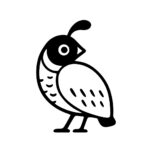 Gail has been a resident of Chelsea for the past 40 years. She has shown a long-time commitment to community improvement particularly in the health and social services sector.  Gail’s career in planning and programming health and social services in the Outaouais has spanned over 20 years. She is currently the Senior Program Advisor to McGill University’s Training and Retention of Health Professionals Project.

Gail is a founding member of QUAIL. In her spare time, she enjoys gardening, canoeing, golf and cycling.

Joanne joined the QUAIL board in 2016 as member at large.  In 2018, she became the volunteer coordinator and is actively searching for adults and youth who might enjoy helping out at QUAIL. Joanne is a retired guidance counselor and teacher from the Ottawa School Board.  She has lived in Ottawa, New Zealand and the Middle East before settling in Chelsea 11 years ago. Her interests include cycling, skiing and general fitness as well as a keen interest in community involvement in the environment and sustainability.

Jane has served as secretary since joining the Board in 2012.  She is also a member of the QUAIL Jammers, the group of volunteers who prepare and sell QUAIL jams.  A long-time resident of Chelsea, Jane comes to QUAIL with experience both in the federal public service as a Senior Policy Advisor and in the local Chelsea business community.

Barb joined the QUAIL board in 2011 and is responsible for managing the budget, staff payroll and general book keeping. Barb has significant public sector experience through operational and management roles with four federal government departments. She has extensive international experience and now is executive director of the Canada-Africa Community Heath Alliance, (CACHA).  Barb was born and raised in Chelsea.

Céline has been a resident of Chelsea for over 20 years. She is an active member of several Chelsea community groups as well as having served on regional school boards. Céline founded the Chelsea Christmas Hamper program which has brought sparkle to local needy families every year since 2007. She is currently the Manager of the Science & Technology Cluster at Innovation, Science and Economic Development Canada and holds a Bachelor of Industrial Design from Carleton University, Faculty of Engineering. Céline has been assisting QUAIL with its communications needs since 2015.

Andrejs first joined the QUAIL board as a family representative in 2009 when his brother-in-law, Robert, became a resident of QUAIL house.  In May 2015, Robert passed away at QUAIL, a place where he called home and where he felt much loved by the other residents and all of the caring staff. Andrejs has had a long-time interest in working with the intellectually disabled, beginning when he was a counselor at a summer camp where he first met Robert and Robert’s sister, Lorraine, who also was a counselor and is currently an active member of the QUAIL residents’ committee.

Andrej is a lawyer by profession and was the former Crown Attorney of Ottawa.  He is the very proud father of a son and daughter and grandfather to their children, a grandson and triplet granddaughters. Board meetings usually begin with photos of the growing grandchildren.  Andrejs and his family all live in Ottawa.

David first joined at QUAIL as a respite volunteer around 20 years ago.  He has served on the Board for the past 8 years with his primary responsibility of the maintenance of the house and grounds as well as liaising with the agency that owns the property. He is also active with fund-raising events and other board initiatives.  David, his wife Donna and their family have lived in the Chelsea community for 35 years and over those years he has been involved with numerous community organizations. David is retired from the NCC/Gatineau Park and now spends his leisure time in summer floating on the Gatineau River.

Stewart joined the Quail board as a member at large over 10 years ago. Stewart moved to the Aylmer Gatineau area over 25 years ago after living in Ontario and Saskatchewan. He was a schoolteacher, school principal and is the current Director of Education with the Western Quebec School Board. He has always had a keen interest to put the best interest of children with special needs as a priority in education. Stewart is the father of two children including one child with special needs He enjoys gardening and physical activities including swimming. Stewart and his wife own and operate a business in the Aylmer area and believe in community public service.

Sam joined the board of QUAIL in 2019.  Sam grew up in Chelsea as a QUAIL supporter, his parents were founding members of QUAIL, and he and his wife raised their own three children in Chelsea. Sam is currently the Director of Programs at World University Service of Canada and spends his working hours developing and supporting programs that focus on young refugees and internally displaced people with opportunities for higher education and employment.

Denis is a member of large on the board and spends countless hours promoting and merchandising jam sales at various venues up Hwy 105.  Denis is a retired Principal and teacher with the Ottawa School Board.